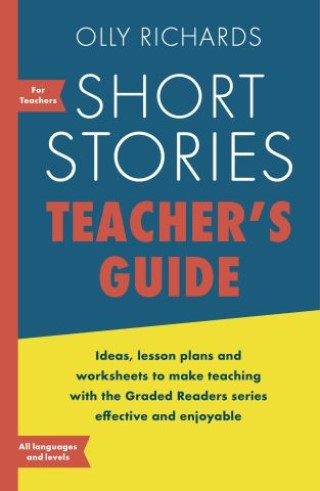 Ideas, lesson plans, and worksheets to make teaching with the Language Readers series in your classroom effective, easy and enjoyable

THIS TEACHER GUIDE WILL BE RELEASED ON 29TH SEPTEMBER 2020

Olly Richards: Olly Richards speaks eight languages and is the man behind the popular blog: I Will Teach You A Language. He started learning his first foreign language at age 19, when he bought a one-way ticket to Paris... With no exposure to languages growing up, and no special talent to speak of, he had to figure out how to learn a foreign language from scratch. Fifteen years later, Olly has studied ten languages and has decided to reveal how he accomplished his goal of learning foreign languages quickly. Although he started the I Will Teach You A Language blog in order to document his latest language-learning experiments, his useful and actionable writing quickly transformed the blog into one of the most popular sources of language learning advice on the web. He now produces language books and courses across a variety of mediums with the goal of helping other people to successfully learn a new language.