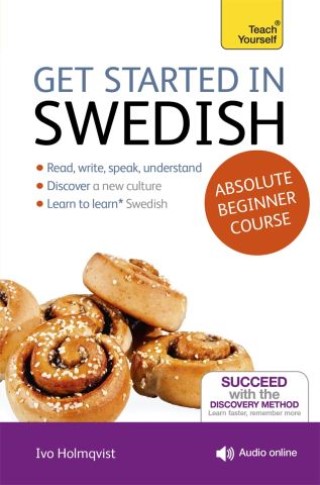 Get Started in Swedish

This is the free audio that accompanies Get Started in Swedish, published 2013.

Ivo Holmqvist: Ivo Holmqvist has taught Scandinavian literature at the universities of Lund, Odense, Ghent and Auckland.Vera Croghan started teaching Swedish at Aberdeen University straight after her second degree from Lund University, Sweden. After her marriage, she moved to Edinburgh where she gave private lessons and translated and interpreted for the Swedish Consul and businesses. She began teaching at the University of East Anglia when it opened in 1963 and taught there for 30 years.