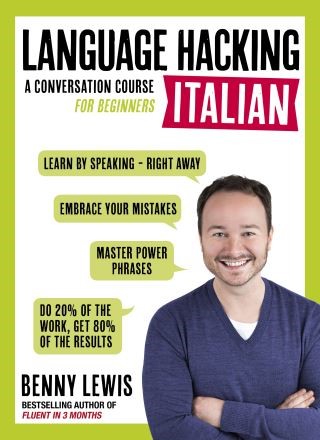 #LanguageHacking Italian is an unconventional conversation course for beginners that teaches you everything you need to start speaking Italian right away – not after years of study.

Unlike most traditional language courses that try to teach you the rules of Italian, #LanguageHacking shows you how to learn and speak Italian through proven memory techniques, unconventional shortcuts and conversation strategies perfected by one of the world's greatest language learners, Benny Lewis, aka the Irish Polyglot.

Benny Lewis is an awesome teacher and you will rapidly learn BUT...this ebook SUCKS! Please! Do something about making your ebooks actually WORK!
over 2 years ago